Page 52
Dumps were established in Donnellan's timber yard at 4 Baggot Street , Denis
Lambert Redmond's house on Coal Quay , Arthur Hinchey's shop on Cuffe Street
, Patrick McCabe's lodgings on Francis Street , the carpentry workshop in Trinity ...
Page 297
The points of attack were three : The Pigeon - House , the Castle , and the
artillery barracks at Island - bridge . The attack was to begin with the Pigeon
House ; number of men 200 - the place of assembly , the strand , between
Irishtown and ...
Page 299
An idea also was , if money had been got , to purchase Rafferty's cheese shop ,
opposite to it , to make a depot and assembly ; and to mine under and blow up a
part of the Custom - house , and attack them in confusion , as also the Castle . 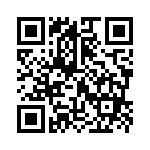