A slow but essential read for anyone that wants to understand the U.S. The book lays out why the U.S. is unique and has always been unique. Read full review

Still the most acute analysis of what makes Americans special. Read full review

Alexis de Tocqueville (1805-1859) was a French sociologist and historian. He was active in law and politics, serving for a time as foreign minister and wrote L'Ancien R&eacutegime, a social and political study of pre-revolutionary France.

Isaac Kramnick is professor of government at Cornell and edited several volumes in the Penguin Classics, including The Federalist Papers. 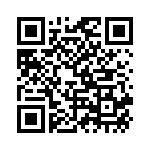