Page 315
The period of Charles VIII's reigns was marked by the rivalry of two native parties in Sweden : one , led by the Oxenstiernas and Vasas , contained the old landowning class in central Sweden , including the church and the nobility ...
Page 316
Sweden ern European powers , which needed free access to the thus acquired a permanent base south of Denmark . Baltic commodities . These powers , and later Russia , on With things seeming to go badly for Swedish armies in its ...
Page 332
The economic crisis of the ' 30s was overcome more rapidly in Sweden than in most other countries . As early as 1936 , wages had reached their old level , and by the end of the decade unemployment had become insignificant . 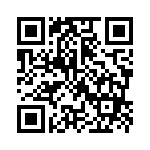