Page 12
On the 2d of January, a. d. 17', Ovid the celebrated Roman poet died: he was born at Sulmo on the 20th of March, forty-three years before the Christian era.
Page 17
He was the second son of "the Pretender," and was born at Rome on the 26th of March 1725 ; where he was baptized by ...
Page 61
... cardinals, doctors, dragoons, senators, and grenadiers, which march in procession, complete, as they proceed up the vast space of this wondrous temple, ...
Page 83
In March following South Sea stock rose from 130 to 300, gradually advanced to 400, declined to 330, and on the 7th of April was at 340.
Page 95
... and from thence to march immediately to London where thousands then would have armed for him. The lady Whorewood came to me, acquaints me herewith.
Next »

Page 360 - THE glories of our blood and state Are shadows, not substantial things; There is no armour against Fate; Death lays his icy hand on kings: Sceptre and Crown Must tumble down, And in the dust be equal made With the poor crooked scythe and spade. Some men with swords may reap the field, And plant fresh laurels where they kill : But their strong nerves at last must yield ; They tame but one another still : Early or late They stoop to fate, And must give up their murmuring breath When they, pale captives,...
Appears in 781 books from 1740-2007
Page 360 - The garlands wither on your brow, Then boast no more your mighty deeds; Upon Death's purple altar now See, where the victor-victim bleeds: Your heads must come To the cold tomb; Only the actions of the just Smell sweet, and blossom in their dust.
Appears in 642 books from 1801-2008
More
Page 401 - And Ardennes waves above them her green leaves, Dewy with nature's tear-drops as they pass, Grieving, if aught inanimate e'er grieves, Over the unreturning brave, — alas! Ere evening to be trodden like the grass...
Appears in 649 books from 1817-2008
Page 69 - Full on this casement shone the wintry moon, And threw warm gules on Madeline's fair breast, As down she knelt for heaven's grace and boon ; Rose-bloom fell on her hands, together prest, And on her silver cross soft amethyst, And on her hair a glory, like a saint : She seem'da splendid angel, newly drest, Save wings, for heaven : Porphyro grew faint : She knelt, so pure a thing, so free from mortal taint.
Appears in 757 books from 1817-2008
Page 401 - Ah ! then and there was hurrying to and fro, And gathering tears, and tremblings of distress, And cheeks all pale, which but an hour ago Blushed at the praise of their own loveliness: And there were sudden partings, such as press The life from out young hearts; and choking sighs. Which ne'er might be repeated...
Appears in 963 books from 1749-2008
Page 530 - What's Montague ? it is nor hand, nor foot, Nor arm, nor face, nor any other part Belonging to a man. O, be some other name ! What's in a name...
Appears in 473 books from 1783-2008
Page 271 - Which the great lord inhabits not; and so This grove is wild with tangling underwood, And the trim walks are broken up, and grass, Thin grass and king-cups grow within the paths. But never elsewhere in one place I knew So many nightingales; and far and near, In wood and thicket, over the wide grove, They answer and provoke each other's songs, With skirmish and capricious passagings, And murmurs musical and swift jug jug, And one low piping sound more sweet than all...
Appears in 319 books from 1798-2007
Page 69 - Half-hidden, like a mermaid in seaweed, Pensive awhile she dreams awake, and sees In fancy, fair St. Agnes in her bed, But dares not look behind, or all the charm is fled.
Appears in 461 books from 1819-2007
Page 327 - Till the dappled dawn doth rise ; Then to come, in spite of sorrow, And at my window bid good morrow, Through the sweet-brier, or the vine, -Or the twisted eglantine : While the cock, with lively din, Scatters the rear of darkness thin, And to the stack, or the barn-door, Stoutly struts his dames before.
Appears in 778 books from 1782-2008
Page 401 - And there was mounting in hot haste: the steed, The mustering squadron, and the clattering car, Went pouring forward with impetuous speed, And swiftly forming in the ranks of war...
Appears in 961 books from 1814-2008
Less 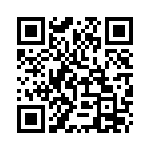