Page 155
If it be said that strike, turn, run, are verbs because they denote temporary or short
-lasting events, i.e., actions, why then is fist a noun? It also is a temporary event.
Why are lightning, spark, wave, eddy, pulsation, flame, storm, phase, cycle, ...
Page 178
principle this applied even to very abstract words such as if or when) could be
used either as verb, noun, adjective, or adverb. Between the verb and the noun
form, when they were of the same root, there was never any variation, this rule of
...
Page 244
We have all been told that the formula for good writing is the concrete noun and
the active verb. Yet Erskine says, "What you say is found not in the noun but in
what you add to qualify the noun . . . The noun, the verb, and the main clause
serve ... 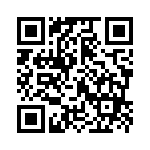