Good beach reading, Coulter's 1987 historical romance finds the beauteous and brainy Frances Kilbracken forced into marriage with the roguish Hawk (yes, I did say, Hawk). After fulfilling his conquest of Frances, Hawk abandons her and is smitten by a mystery woman, who actually is guess who? Read full review

Catherine Coulter was born on December 26, 1942 in Cameron County, Texas. She received her undergraduate degree from the University of Texas and a master's degree in early 19th century European history from Boston College. Her first novel, The Autumn Countess, was published in 1978. Before becoming a full-time writer in 1982, she worked on Wall Street as a speech writer. Since then she has written over 65 books including The Aristocrat, Afterglow, False Pretenses, Impulse, and Born to Be Wild. She also writes the FBI Thriller series and numerous historical romance trilogies including the Song, Star, Magic, Night, Bride, Viking, and Legacy Trilogies. She writes A Brit in the FBI series with J. T. Ellison. 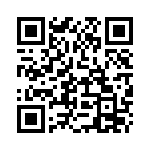