Great book showing how the development of "modern" human practices drove evolution into our current Modern practices that we all love today. Several thought leaders today would label this book as ... Read full review

In contrast to many biologists, this book sets out to show that human evolution has moved faster since the onslaught of civilization. The difference between races is more than cultural, but to some ... Read full review

Gregory Cochran is a physicist and Adjunct Professor of Anthropology at the University of Utah. For many years, he worked on lasers and image enhancement in the field of aerospace. He lives in Albuquerque, New Mexico.

Henry Harpending holds the Thomas Chair as Distinguished Professor in the Department of Anthropology at the University of Utah. He is a member of the National Academy of Sciences. A field anthropologist and population geneticist, he helped develop the "Out of Africa" theory of human origins. He lives in Salt Lake City, Utah. 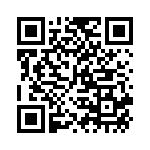