Fun collective biography with an interesting gallery of subjects given the theme. Fidel Castro a heartthrob? Good for browsing and may spark enough curiosity to dig further in the lives of these figures. Read full review

Hallie Fryd is a writer living in Oakland, California. She studied history at Carnegie Mellon University and writes frequently about history and pop culture. She grew up in a Quaker suburb of Philadelphia, but dislikes weather—which brought her to the temperate climate of the San Francisco Bay Area. When not writing, or trying to recount historical episodes with wild gesticulations, she works as a social media manager for the brain training company, Lumosity. Hallie is the author of Scandalous!: 50 Shocking Events You Should Know About, which was a Junior Library Guild Selection and a Foreword Reviews Gold Medal Book of the Year Winner in 2012.

Born and raised among the sprawling cornfields of rural Pennsylvania, Kelly Murphy now writes from her child-sized apartment in Crown Heights, Brooklyn. Her articles have appeared in Brokelyn, Brooklyn Based, Chic Today, NCTE's The Council Chronicle, and various other publications. Kelly graduated from Penn State with a degree in English and currently works in publishing. She wrote Historical Heartthrobs with Hallie Fryd. 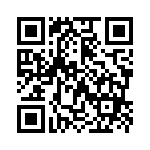