Page 375
talked tirelessly to warn the Athenians of the danger and to convince the Greeks
in general that it was their danger too. Philip in ... The events in Thrace caused
two of his Greek allies, the cities of Perinthus (later called Heraclea, present-day
...
Page 387
The theme of this story was used by the ancient Greek writer Sophocles in his
Philoctetes. Philodemus (b. c. 110 bc, Gadara, Syria— d. c. 35 bc, Herculaneum,
Campania), Greek poet and Epicurean philosopher who did much to spread ...
Page 512
Even when handling themes taken from Roman life or legend, they presented
these in Greek forms, setting, and dress. Plautus, like them, took the bulk of his
plots, if not all of them, from plays written by Greek authors of the late 4th and
early ... 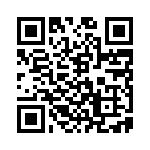