Page 197
Although Iran had had a monarchical system of rule for centuries, the Pahlavi
dynasty enjoyed only limited legitimacy, for a number of reasons. First, the
dynasty was only created in the present century, and rested on nothing more
solid than ...
Page 199
secular opposition in twentieth-century Iran, the link between royal dictatorship,
economic inequality and cultural alienation proved to be much more effectively
exposed in Islamic terms (Keddie, 1982). The categories of the secular
opposition, ...
Page 202
In Iran, Islam has provided the ideological focus for a revolutionary movement,
radically anti-monarchical and anti-imperialist, which has brought the deprived
masses onto the centre of the political stage, first in undermining the Shah's
regime, ... 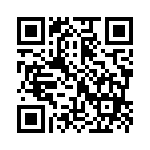