Admittedly, I have only read the sections on communion with the Father and the Son so far. But I have every expectation of enjoying the rest, and it's a book I will definitely want to own eventually. Read full review

What a tremendous work laying out the work of the Trinity in salvation. Owen plunges the depths of the love of the Godhead in helping us to understand their love. Read full review

John Owen (1616–1683) was vice chancellor of Oxford University and served as advisor and chaplain to Oliver Cromwell. Among the most learned and active of the Puritans in seventeenth-century Europe, and known as the "theologian's theologian," he was accomplished both in doctrine and practical theology.

Kelly M. Kapic (PhD, King's College, University of London) is professor of theological studies at Covenant College, where he has taught for over fifteen years. Kapic has written and edited over ten books, focusing on the areas of systematic, historical, and practical theology. Kapic has also published articles in various journals and books. Kapic and his wife, Tabitha, live on Lookout Mountain with their two children.

Justin Taylor (PhD, The Southern Baptist Theological Seminary) is the executive vice president of book publishing and book publisher at Crossway. He has edited and contributed to several books, including A God-Entranced Vision of All Things and Reclaiming the Center, and he blogs at Between Two Worlds—hosted by the Gospel Coalition. 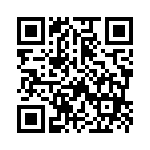