Page 229
For instance, we are very sophisticated copycats. I have accompanied many
executives, many union people going abroad to study — groups, of course. All
top executives of chain stores, for instance, make two or three trips a year to
Europe or ...
Page 336
For instance, if the team does 60 percent better than the standard, its members
get a 60 percent bonus, paid the next week. The resulting compensation is
exceptional. For instance, the average pay in recessionary 1983 for an hourly
worker at ...
Page 392
More competitors and competitors' products require more flexibility/
responsiveness and higher quality, for instance. This in turn means supporting
partnerships between: (a) companies and their (often sole source) suppliers, (b)
companies and ...

My other favourite business book. This is a masterpiece, packed with good ideas and interesting example. It does not present a single coherent thesis, but rather many separate and independent pieces of wisdom. But that, to my mind, is precisely what is so good about it. Read full review

Review: Thriving on Chaos: Handbook for a Management Revolution

Tom always delivers an excellent book on leadership. I really enjoy his writings and I try to read all of his books. I can highly recommend this to anyone. Read full review

Tom Peters, public speaker and author, graduated from Cornell University and received a M.B.A. and Ph.D. from Stanford University. He has also received honorary doctorates from the University of San Francisco and Rhodes College. He was in the U. S. Navy during Vietnam and later served as a senior White House drug abuse advisor (1973-74). He worked for McKinsey & Company from 1974 to 1981. He holds about 75 seminars a year and has created and starred in a series of corporate training films. He is the co-author of In Search of Excellence: Lessons from America's Best-Run Companies, which was a New York Times bestseller for three years. This book and subsequent titles have become bestsellers in Europe, Latin America and Asia. Peters contributes to several newspapers and journals, including writing a bimonthly column for Forbes ASAP. 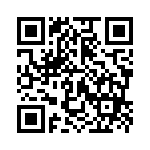