Page 43
We know that all things work together for good to them that love God , to them
who are the called according to his purpose : for whom he did foreknow , he also
did predestinate to be conformed to the image of his Son . Moreover , whom he
did ...
Page 210
And it came to pass , that on the eighth day they came to circumcise the child ;
and they called him Zacharias , after the name of his father . And his mother
answered , and said , Not so ; but he shall be called John . And they said unto her
...
Page 313
Pilate , when he had called together the chief priests , and the rulers , and the
people , said unto them , Ye have brought this man unto me , as one that
perverteth the people ; and behold I having examined him before you , have
found no fault ...

24 other sections not shown 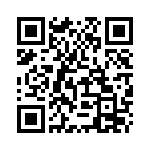