Melissa K. Nelson is an ecologist and indigenous scholar-activist. She is an associate professor of American Indian Studies at San Francisco State University. Since 1993, she has also served as the president of The Cultural Conservancy. She is the editor of Original Instructions: Indigenous Teachings for a Sustainable Future (2008) and is an active media-maker, having produced several documentary short films.

Daniel Shilling worked at Arizona Humanities from 1994 until 2003, the last fourteen years as executive director, during which he developed award-winning environmental history/ethics projects. He is the author of Civic Tourism (2007) and earned the prestigious Distinguished Alumnus Award from Arizona State University. 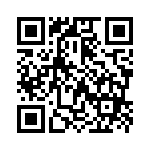