Nadine Akkerman is a Postdoctoral Researcher and Lecturer in Early Modern English Literature at Leiden University, the Netherlands, and an Associate of the Centre for Editing Lives and Letters (CELL) in London. She is the editor of The Correspondence of Elizabeth Stuart, Queen of Bohemia (3 volumes,
of which the first appeared in 2011), for which her prize-winning Ph.D. (2008) serves as the groundwork. She has been contracted to write a biography of Elizabeth. 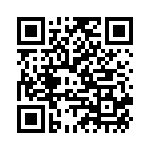