I liked the concept of Dracula but not the story. It seemed like this novel was unnecessarily long-winded. I mean, I appreciate some background and descriptive detail but this was overkill. I only ... Read full review

A beautiful cloth bound edition of a classic novel. This would be a welcome addition to any home library. Read full review

Bram Stoker (1847-1912) was born in Ireland and attended Trinity College in Dublin. He joined the Irish Civil Service, then became involved in the theater. He wrote seventeen books.


Maurice Hindle edited Frankenstein and Dracula for Penguin Classics and teaches at the Open University.


Maurice Hindle edited Frankenstein and Dracula for Penguin Classics and teaches at the Open University. 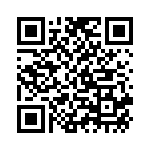