Alain Badiou teaches at the École Normale Supérieure and at the Collčge International de Philosophie in Paris, France. In addition to several novels, plays and political essays, he has published a number of major philosophical works.

A. J. Bartlett teaches philosophy in Melbourne, has published widely in contemporary philosophy and education and is the author of Badiou & Plato: An Education by Truths (2011), co-author of Lacan Deleuze Badiou (2014) and of the forthcoming What is Impossible: Alain Badiou and Contemporary Philosophy (2016). He is also the co-editor of Badiou: Key Concepts (2010), The Praxis of Alain Badiou (2006) and co-editor and translator of Alain Badiou's Mathematics of the Transcendental (Bloomsbury 2014).

Justin Clemens is Associate Professor at the University of Melbourne. He is the author of many books on continental philosophy, including The Romanticism of Contemporary Theory (2003), Psychoanalysis is an Antiphilosophy (2013) and, with A.J. Bartlett and Jon Roffe, Lacan Deleuze Badiou (2014). He has edited many academic collections, including translating and editing Alain Badiou's Infinite Thought (Continuum 2003) with Oliver Feltham. 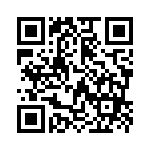