Charles Mackay (1841-1889) was born in Perth, Scotland. His mother died shortly after his birth, and his father, who had been in turn a Lieutenant on a Royal Navy sloop (captured and imprisoned for four years in France) and then an Ensign in the 47th foot taking part in the ill-fated Walcheren Expedition where he contracted malaria, sent young Charles to live with a nurse in Woolwich in 1822. After a couple of years' education in Brussels from 1828-1830, he became a journalist and songwriter in London. He worked on The Morning Chronicle from 1835-1844, when he was appointed Editor of The Glasgow Argus. His song The Good Time Coming sold 400,000 copies in 1846, the year that he was awarded his Doctorate of Literature by Glasgow University. He was a friend of influential figures such as Charles Dickens and Henry Russell, and moved to London to work on The Illustrated London News in 1848, and he became Editor of it in 1852. He was a correspondent for The Times during the American Civil War, but thereafter concentrated on writing books. Apart from Extraordinary Popular Delusions and the Madness of Crowds, he is best remembered for his songs and his Dictionary of Lowland Scotch.

Henry Mayhew (18121887) was a journalist, social investigator, novelist, and author his work distinguished by vivid reportage, unsentimental sympathy, humor, and an eye for detail. Victor Neuburg is a former senior lecturer at the School of Librarianship, University of North London. His publications include "Popular Literature" and "A Guide to the Western Front, 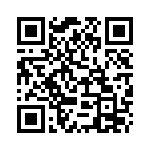