Gavin Kelly is Professor of Latin Literature and Roman History at the University of Edinburgh. He is the author of Ammianus Marcellinus: The Allusive Historian (Cambridge University Press, 2008). He is co-editor of Two Romes: Rome and Constantinople in Late Antiquity (Oxford University Press, 2012) and New Approaches to Sidonius Apollinaris (Leuven, 2013). He is co-series editor for our Edinburgh Studies in Later Latin Literature series with Aaron Pelttari.

Joop Van Waarden is Research Fellow in Latin at the Radboud University Nijmegen. He specialises in late antique Gaul, and Sidonius Apollinaris in particular. He is the author of a two-volume commentary on the seventh book of Sidonius' correspondence, Writing to Survive (Leuven: Peeters, 2010, 2016). He has been co-investigator with Gavin Kelly of the Leverhulme-funded 'Sidonius Apollinaris for the 21st Century' project (2014-2017) and is co-editor of New Approaches to Sidonius Apollinaris (Leuven, 2013) and Emperors and Historiography: Collected Essays on the Literature of the Roman Empire (Leiden, 2010). He also maintains the dedicated website on Sidonius Apollinaris www.sidonapol.org 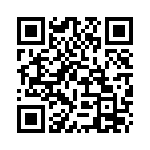