J. R. Pole, formerly Rhodes Professor of American History at the University of Oxford, is an Emeritus Fellow of St. Catherine's College, Oxford. 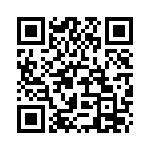