Page 111 - It may be a reflection on human nature, that such devices should be necessary to control the abuses of government. But what is government itself, but the greatest of all reflections on human nature? If men were angels, no government would be necessary.
Appears in 639 books from 1811-2008
Page 100 - If all mankind, minus one, were of one opinion, and only one person were of the contrary opinion, mankind would be no more justified in silencing that one person than he, if he had the power, would be justified in silencing mankind.
Appears in 693 books from 1844-2008
More
Page 94 - The world has never had a good definition of the word liberty, and the American people, just now, are much in want of one. We all declare for liberty ; but in using the same word we do not all mean the same thing. With some the word liberty may mean for each man to do as he pleases with himself, and the product of his labor ; while with others the same word may mean for some men to do as they please with other men, and the product of other men's labor.
Appears in 290 books from 1864-2008
Page 105 - A just law is a man-made code that squares with the moral law or the law of God. An unjust law is a code that is out of harmony with the moral law.
Appears in 182 books from 1964-2008
Page 92 - They meant to set up a standard maxim for free society which should be familiar to all, and revered by all; constantly looked to, constantly labored for, and even though never perfectly attained, constantly approximated, and thereby constantly spreading and deepening its influence and augmenting the happiness and value of life to all people of all colors everywhere.
Appears in 433 books from 1860-2008
Page 106 - Now, there is nothing wrong in having an ordinance which requires a permit for a parade. But such an ordinance becomes unjust when it is used to maintain segregation and to deny citizens the First-Amendment privilege of peaceful assembly and protest.
Appears in 132 books from 1960-2008
Page 184 - If men were angels, no government would be necessary. If angels were to govern men, neither external nor internal controls on government would be necessary. In framing a government which is to be administered by men over men, the great difficulty lies in this: you must first enable the government to control the governed; and in the next place oblige it to control itself.
Appears in 1104 books from 1798-2008
Page 107 - A strict observance of the written laws is doubtless one of the high duties of a good citizen : but it is not the highest. The laws of necessity, of self-preservation, of saving our country when in danger, are of higher obligation. To lose our country by a scrupulous adherence to written law, would be to lose the law itself, with life, liberty, property, and all those who are enjoying them with us; thus absurdly sacrificing the end to the means.
Appears in 179 books from 1811-2007
Page 105 - I would be the first to advocate obeying just laws. One has not only a legal but a moral responsibility to obey just laws. Conversely, one has a moral responsibility to disobey unjust laws. I would agree with St. Augustine that "an unjust law is no law at all.
Appears in 243 books from 1946-2008
Page 130 - I know of no safe depository of the ultimate powers of the society but the people themselves; and if we think them not enlightened enough to exercise control with a wholesome discretion, the remedy is not to take it from them, but to inform their discretion by education.
Appears in 225 books from 1857-2008
Less 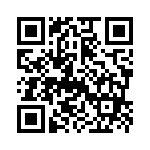