Page 79
His authority appears to have been a line in the old play , entitled , The true
Tragedie of Richarde Duke of Yorke , & c . printed in 1600 , on which he formed
his Third Part of King Henry VI . : “ Et tu , Brute ? Wilt thou stab Cćsar too ? " This
line ...
Page 122
A modern editor , ( Mr. Capell , ) who , after having devoted the greater part of his
life to the study of old books , appears to have been extremely ignorant of ancient
English literature , not knowing this , for jigging , reads ( after Mr. Pope ...
Ant . When it appears to you where this begins , Turn your displeasure that way ;
for our faults Can never be so equal , that your love Can equally move with them .
Provide your going ; Choose your own company , and command what cost ... 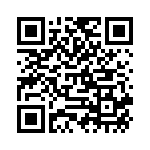