Stephen had a tremendous impact not only on my life, but through me, on the lives of those I had the privilege to lead. It started indirectly, when, after a period of reflection and tough going I ... Read full review

Good Read but when youre a big reader most things you have read of seen somewhere else. Good for average reader. Read full review

Recognized as one of Time magazine’s twenty-five most influential Americans, Stephen R. Covey (1932–2012) was an internationally respected leadership authority, family expert, teacher, organizational consultant, business leader, and author. His books have sold more than 40 million copies (print, digital, and audio) in more than forty languages throughout the world and The 7 Habits of Highly Effective People was named the #1 Most Influential Business Book of the 20th Century. After receiving an MBA from Harvard University and a doctorate from Brigham Young University, he became the cofounder and vice chairman of FranklinCovey, the most trusted leadership company in the world. 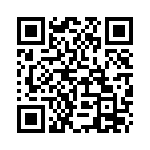