Reviews aren't verified, but Google checks for and removes fake content when it's identified
User Review - Flag as inappropriate

An interesting alternative take on North Korean propaganda and worldview. Meyers' writing style is amusingly belittling of his peers in North Korean studies, though I can't argue with his claim that "being able to speak and read Korean offers unique insights not available to English translations". His overall premise, that North Koreans (and South Koreans!) are a purity-obsessed nation of fanatic racists and that juche thought, Marxism and Confucianism are little more than glosses and window dressing put in to appease external parties, is intriguing and compelling. Certainly it does offer an explanation for the bizarre reversals and apparently-irrational posturing of the regime on the world stage. Also intriguing is the portrayal of the nation as an "innocent child race in need of a guiding mother figure", which does neatly explain the bizarre, not-quite-homoerotic-but-still-weird propaganda images included in Myers' book. The book suffers from its mixed and inexplicable use of footnotes and endnotes,which necessitates a lot of flipping to the back. Also, the context-free citations of popular Korean novels, plays, poetry, cinema, and television, means the reader must frequently simply take him at his word that his interpretation is valid. Still, an idea worthy of consideration and a different prism through which the country can be viewed. Certainly it isn't any weirder than what people currently think of the place. Though not discussed, the idea that a "culture watcher" (Myers is a literary critic, not a political scientist, economist, or other more typical DPRK-analyzing profession) can bring unique and useful insights to the gestalt of North Korea is certainly supported.

B.R. Myers was born in New Jersey and raised in Bermuda, South Africa and Germany. He has a Ph.D. in North Korean Studies from the University of Tübingen in Germany. His books include Han Sorya and North Korean Literature (Cornell East Asia Series, 1994) and A Reader’s Manifesto (Melville House, 2002). At present he directs the international studies department at Dongseo University in South Korea. In addition to writing literary criticism for the American magazine The Atlantic, of which he is a contributing editor, Myers regularly contributes articles on North Korea to the New York Times, Wall Street Journal and academic publications. 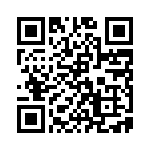