Page 5 - This know also, that in the last days perilous times shall come. For men shall be lovers of their own selves, covetous, boasters, proud, blasphemers, disobedient to parents, unthankful, unholy, without natural affection, trucebreakers, false accusers, incontinent, fierce, despisers of those that are good, traitors, heady, highminded, lovers of pleasures more than lovers of God, having a form of godliness, but denying the power thereof: from such turn away.
Appears in 1257 books from 1755-2008

Pastor Taiye Ayeni as he is fondly called, met with the Lord in his final year at the University of Lagos, Akoka, where he graduated with a Bachelors of Science combined honors degree in Mass Communication, Sociology and Psychology.

Since knowing the Lord in 1983, he has been privileged to serve Him in various capacities. He is the Minister in Charge of Rehoboth Ministries, based in Grand Prairie Texas, USA and a Senior Lecturer at the Gethsemane Prayer Ministries International’ Prayer School, with its headquarters in Ibadan, Nigeria.

He serves as the Minister in Charge of Prayer at Household of Faith, of The Redeemed Christian Church of God (RCCG) Arlington, Texas, USA. He is presently in the United States of America on mission for Christ, a graduate of Advance Leadership and Pastoral School of Christ For The Nations Institute (CFNI) Dallas and Long Ridge Writers Group, in Connecticut. He is a Chaplain Resident at the Methodist Health System in Dallas, Texas. He is widely traveled on speaking engagements within and outside the country in the course of ministry work.

He is married to Dr (Mrs.) Abidemi Olubisi Ayeni and the union produced Rereloluwa (son) and Oreoluwa (daughter). 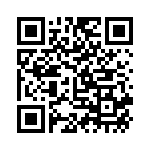