Page 144
16th century . A unique contribution of Marathi is the tradition of povādās , heroic stories popular among a martial people . There is no way of dating the earliest of Tradition these ; but the literary tradition is particularly vital ...
Page 202
The intensity and richness associated with their atelier began to fade toward the close of the 17th century , and a wave of Mughal influence began to affect the school in the opening years of the 18th century .
Page 231
2nd to 15th century Vietnam : 2nd – 19th century 19th and 20th centuries Indonesia Central Javanese period : 7th to 13th century East Javanese period : 927 to 16th century 16th century to the present Bali Java : 20th century The ... 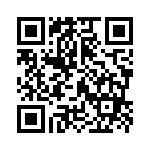