Emily R. Wilson is an assistant professor of classical studies at the University of Pennsylvania. 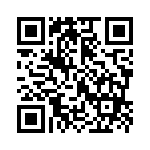