The Author: David Thatcher is Professor of English at the University of Victoria, British Columbia. He has published widely on Nietzsche, Shakespeare, and other authors. In addition, Professor Thatcher has coedited catalogues of musical settings of romantic, Victorian, and modern British literature, as well as the acclaimed five-volumes, A Shakespeare Music Catalogue. He received his Ph.D. in English Literature from the University of Alberta. 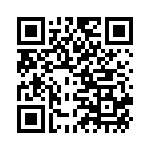