This is a worthy companion to The Making of the English Working Class; it's ironic that where the latter is omnipresent as a coursebook and an entry-level work for its subject, this book is now out of ... Read full review

E. P. Thompson (1924–1993) was a British historian, writer, socialist, and peace campaigner. He is most famous for his work on the British radical movements of the late eighteenth and early nineteenth century, as well as influential biographies of William Morris and William Blake. An ardent left-wing socialist critic of the Labour governments of 1964–70 and 1974–79 and a historian in the Marxist tradition, Thompson was an active figure in ending the Cold War. 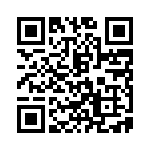