Page xvi
EDWARD , Prince of Wales , afterwards King Edward V , sons to the RICHARD , Duke of York , King . GEORGE , Duke of Clarence , 1 brothers to RICHARD , Duke of Gloucester , afterwards King Richard III , the King .
Page 56
a But death hath snatch'd my husband from mine arms , And pluck'd two crutches from my feeble limbs , Edward and Clarence ; O , what cause have I , Thine being but a moiety of my grief , 60 To overgo thy plaints and drown thy cries !
Page 120
Thy Edward he is dead , that stabb'd my Edward , Thy other Edward dead , to quit my Edward , Young York he is but boot , because both they Match not the high perfection of ... 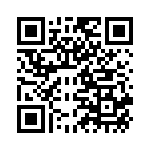