Bronwyn Calder has been writing since she was old enough to hold a pen. From age 17 she has had stories published in journals, magazines and anthologies while having a related career as a book editor. Now over 40 years later, not saying how much over, she lives in Auckland, NZ and writes fantasy and sci-fi. Through these favorite genres she can tell of the weirder aspects of life and love.

2012 - Film festival selection and award for the short film "The House of Seville" based on a story by Bronwyn.

2020 - Joined the co-operative team at CloudInk Publishing, mostly in the role of Editor.

2021 - Published the short story and artwork collection: "The Master Weaver: Tales of the fantastic for grownups"

Further to writing, Bronwyn belly-dances, sings and makes art including the fabric art illustrations for "The Master Weaver". 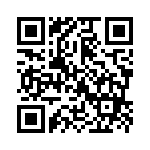