Page 61 - The unity of government which constitutes you one people, is also now dear to you. It is justly so ; for it is a main pillar in the edifice of your real independence ; the support of your tranquillity at home ; your peace abroad; of your safety; of your prosperity; of that very liberty which you so highly prize.
Appears in 704 books from 1782-2007
Page 424 - To establish post offices and post roads; To promote the progress of science and useful arts, by securing for limited times to authors and inventors the exclusive right to their respective writings and discoveries; To constitute tribunals inferior to the Supreme Court; To define and punish piracies and felonies committed on the high seas, and...
Appears in 1089 books from 1814-2008
More
Page 66 - It is our true policy to steer clear of permanent alliances with any portion of the foreign world; so far, I mean, as we are now at liberty to do it ; for let me not be understood as capable of patronizing infidelity to existing engagements. I hold the maxim no less applicable to public than to private affairs, that honesty is always the best policy. I repeat it, therefore, let those engagements be observed in their genuine sense. But, in my opinion, it is unnecessary, and would be unwise to extend...
Appears in 606 books from 1789-2007
Page 67 - ... never cease to view them with indulgence ; and that, after forty-five years of my life dedicated to its service with an upright zeal, the faults of incompetent abilities will be consigned to oblivion, as myself must soon be to the mansions of rest. Relying on its kindness in this, as in other things, and actuated by that fervent love towards it which is so natural to a man who views in it the native soil of himself and his progenitors for several generations...
Appears in 450 books from 1796-2008
Page 51 - But the most common and durable source of factions has been the verious and unequal distribution of property. Those who hold and those who are without property have ever formed distinct interests in society. Those who are creditors, and those who are debtors, fall under a like discrimination. A landed interest, a manufacturing interest, a mercantile interest, a moneyed interest, with many lesser interests, grow up of necessity in civilized nations, and divide them into different classes, actuated...
Appears in 901 books from 1802-2008
Page 51 - The regulation of these various and interfering interests forms the principal task of modern Legislation, and involves the spirit of party and faction in the necessary and ordinary operations of the Government.
Appears in 785 books from 1802-2008
Page 65 - In the execution of such a plan nothing is more essential than that permanent, inveterate antipathies against particular Nations and passionate attachments for others should be excluded; and that in place of them just and amicable feelings toward all should be cultivated.
Appears in 474 books from 1789-2008
Page 64 - Of all the dispositions and habits which lead to political prosperity, religion and morality are indispensable supports. In vain would that man claim the tribute of patriotism, who should labour to subvert these great pillars of human happiness, these firmest props of the duties of men and citizens.
Appears in 1072 books from 1789-2008
Less 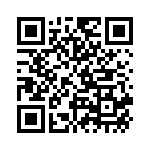