It strikes me thinking about this book and "God's War" which I also just recently finished, how *unpleasant* just walking around in those worlds seems. The plants want to kill you, or everything ... Read full review

Review to come in the next day or two. Still processing this epic extravaganza and the 8?? genders and parallel worlds. For right now, in two words: overwhelmingly impressive. Update: As in her Bel ... Read full review

Kameron Hurley is an award-winning author, advertising copywriter, and online scribe. Hurley grew up in Washington State, and has lived in Fairbanks, Alaska; Durban, South Africa; and Chicago. She has degrees in historical studies from the University of Alaska and the University of Kwa-Zulu Natal, specializing in the history of South African resistance movements.

Hurley is the author of God’s War, Infidel, and Rapture, a science-fantasy noir series which earned her the Sydney J. Bounds Award for Best Newcomer and the Kitschy Award for Best Debut Novel. She has been a finalist for the Nebula Award and the Locus Award. Her work has also been included on the Tiptree Award Honor List.

Hurley’s short fiction has appeared in magazines such as Lightspeed, EscapePod, and Strange Horizons, and anthologies such as The Lowest Heaven and Year’s Best SF. Her fiction has been translated into Romanian, Swedish, and Russian. She is also a graduate of Clarion West. 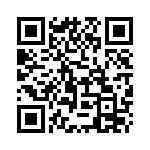