Page 88
Mi Hsi 88 and in 1104 he became a professor of painting and calligraphy . Of his
extensive writings“ Tower of the Rising Clouds , " colour on silk by Mi Fei ; in the
Freer Gallery of Art , Washington , D . C . By courtesy of the Smithsonian ...
Page 158
The primary structures of the minimalist sculptors Donald Judd , Carl Andre , Dan
Flavin , Tony Smith , Anthony Caro , Sol LeWitt , John McCracken , Craig
Kaufman , Robert Duran , and Robert Morris and the hard - edge painting of Jack
...
Page 812
Novgorod school , important school of Russian medieval icon and mural painting
that flourished around the northwestern city of Novgorod from the 12th through
the 16th century . A thriving merchant city , Novgorod was the cultural centre of ... 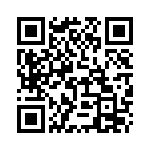