Page 117 - Ar.d as to rebellion in particular against monarchy ; one of the most frequent causes of it is the reading of the books of policy and histories of the ancient Greeks and Romans ; from which young men, and all others that are unprovided of the antidote of solid reason, receiving a strong...
Appears in 62 books from 1651-2008
Page 117 - From the reading, I say, of such books, men have undertaken to kill their kings, because the Greek and Latin writers, in their books, and discourses of policy, make it lawful, and laudable, for any man so to do; provided, before he do it, he call him tyrant.
Appears in 46 books from 1651-2008
More
Page 91 - In these western parts of the world we are made to receive our opinions concerning the institution and rights of commonwealths from Aristotle, Cicero...
Appears in 54 books from 1651-2008
Page 156 - The only part of the conduct of any one, for which he is amenable to society, is that which concerns others. In the part which merely concerns himself, his independence is, of right, absolute. Over himself, over his own body and mind, the individual is sovereign.
Appears in 527 books from 1859-2008
Page 91 - LIBERTY is to be supposed: for it is commonly held, that no man is FREE in any other government. And as Aristotle; so Cicero, and other writers have grounded their civil doctrine, on the opinions of the Romans, who were taught to hate monarchy, at first, by them that having deposed their sovereign, shared amongst them the sovereignty of Rome; and afterwards by their successors.
Appears in 74 books from 1651-2007
Page 91 - And by reading of these Greek, and Latin authors, men from their childhood have gotten a habit, under a false show of liberty, of favouring tumults, and of licentious controlling the actions of their sovereigns...
Appears in 77 books from 1651-2008
Page 91 - But it is an easy thing for men to be deceived by the specious name of liberty; and, for want of judgment to distinguish, mistake that for their private inheritance and birthright, which is the right of the public only.
Appears in 67 books from 1651-2008
Page 189 - When owing to floods, famines, failure of crops or other such causes there occurs such a destruction of the human race as tradition tells us has more than once happened, and as we must believe will often happen again...
Appears in 14 books from 1922-2001
Page 212 - Some imputed these things to petty avarice, but others approved of him, as if he had only the more strictly denied himself for the rectifying and amending of others. Yet certainly, in my judgment, it marks an overrigid temper, for a man to take the work out of his servants as out of brute beasts, turning them off and selling them in their old age, and thinking there ought to be no further commerce between man and man, than whilst there arises some profit by it.
Appears in 29 books from 1859-2007
Page 91 - In democracy, LIBERTY is to be supposed: for it is commonly held that no man is FREE in any other government.
Appears in 54 books from 1651-2007
Less 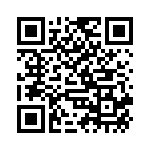