Theodore Ziolkowski is Class of 1900 Professor Emeritus of German and Comparative Literature at Princeton University. Among his many books are The Mirror of Justice and The Sin of Knowledge. 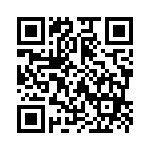