Page 31
Come live with me and be my Love , , And we will all the pleasures prove That hills and valleys , dales and fields , Or woods or steepy mountain yields . A gown made of the finest wool Which from our pretty lambs we pull ; Fair - lined ...
Page 39
Selection from L'ALLEGRO Haste thee , Nymph , and bring with thee Jest , and youthful Jollity , Quips and Cranks and wanton Wiles , Nods and Becks and wreathed Smiles , Such as hang on Hebe's cheek , And love to live in dimple sleek ...
Page 183
Let me choose ; With no less presence , but with much more For , as I am , I live upon the rack . love , Portia . Upon the rack , Bassanio ! then con- Than young Alcides , when he did redeem fess The virgin tribute paid by howling Troy ... 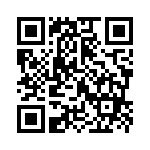