Page 400
There are also manifest indications in Scripture that a principal angel , with great
numbers of angels bis followers joining with him , revolted from this kingdom of
God , and , standing out in rebellion , erected to themselves a kingdom of their ...
Page 408
20 ing great power he has employed upon us f who believe ; A power
corresponding to that mighty power , which he exerted in the raising Christ from
the dead , and in setting him next to himself , over all things relating to his
heavenly kingdom ...
Page 415
NOTE . a subject too : and though none can be subjects of the kingdom of God
but those who , continuing in the faith , that has been once bestowed on them ,
sincerely endeavour to conform themselves to the laws of their Lord and Master ...
Page 419
Into which kingdom of his , under his Son , he purposed also , and foretold , that
he would admit and incorporate the other nations of the earth , as well as those of
the posterity of Abraham , Isaac , and Jacob , who were to come into this his ...
Page 420
Now he that will look a little farther into this kingdom of God , imder these two
different dispensations , of the law and the Gospel , will find , that it was erected
by God , and men were recalled into it , out of the general apostasy from their
Lord ...

Page 172 - There is one glory of the sun, and another glory of the moon, and another glory of the stars; for one star differeth from another star in glory.
Appears in 950 books from 1703-2008
Page 204 - For we which live are alway delivered unto death for Jesus' sake, that the life also of Jesus might be made manifest in our mortal flesh.
Appears in 786 books from 1802-2008
More
Page 136 - But I would have you know, that the head of every man is Christ; and the head of the woman is the man; and the head of Christ is God . 4 Every man praying or prophesying, having his head covered, dishonoureth his head.
Appears in 750 books from 1754-2008
Page 48 - Christ hath redeemed us from the curse of the law, being made a curse for us: for it is written, Cursed is every one that hangeth on a tree: 14 That the blessing of Abraham might come on the Gentiles through Jesus Christ ; that we might receive the promise of the Spirit through faith.
Appears in 819 books from 1737-2008
Page 165 - Let your women keep silence in the churches : for it is not permitted unto them to speak ; but they are commanded to be under obedience, as also saith the law. 35 And if they will learn any thing, let them ask their husbands at home : for it is a shame for women to speak in the church.
Appears in 876 books from 1737-2008
Page 99 - For who maketh thee to differ from another? and what hast thou that thou didst not receive? now if thou didst receive it, why dost thou glory, as if thou hadst not received it?
Appears in 753 books from 1755-2008
Page 97 - Let no man deceive himself . If any man among you seemeth to be wise in this world, let him become a fool, that he may be wise.
Appears in 731 books from 1755-2008
Page 131 - Now all these things happened unto them for ensamples: and they are written for our admonition, upon whom the ends of the world are come.
Appears in 627 books from 1730-2008
Page 55 - And because ye are sons, God hath sent forth the Spirit of his Son into your hearts, crying, Abba, Father. Wherefore thou art no more a servant, but a son; and if a son, then an heir of God through Christ.
Appears in 825 books from 1631-2008
Page 444 - So ought men to love their wives as their own bodies. He that loveth his wife, loveth himself; for no man ever yet hated his own flesh, but nourisheth and cherisheth it, even as the Lord the church ; for we are members of his body, of his flesh, and of his bones.
Appears in 1043 books from 1737-2008
Less 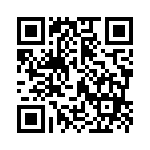