Page 546
In peacetime, the military are obviously less important, are denied resources, and
are less likely to influence or attain political power directly. At the same time, a
second, although usually subsidiary, consideration of the military as a causal ...
Page 553
Less developed countries spend some $6,000,000,000 a year on military
equipment. The United States sells about $400,000,000 worth of arms a year to
less developed countries and transfers more free of charge. For the U.S.S.R. the
sale ...
Page 1034
used only in communication between persons more or less in proximity to each
other and are therefore restricted as to space. The need to find a way to
communicate in a form not limited by time or space led to the development of
methods of ... 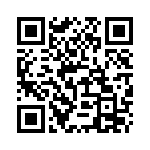