Try the new Google Books
Check out the new look and enjoy easier access to your favorite features
Try it now
Buy eBook - $37.09

SANFORD STERNLICHT teaches in Syracuse University's English Department and Judaic Studies Program. He is the author of Chaim Potok: A Critical Companion (Greenwood 2000). He also frequently writes on poetry and Irish literature, including contributions to Modern Irish Writers: A Bio-Critical Sourcebook (Greenwood 1997). 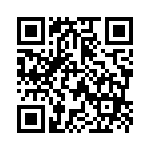