69 pages matching color in this book

I love this edition of Jansons book! The quality of the book itself binding paper print and illustrations are what a book dedicated to beauty should be. Read full review

48 other sections not shown

Davies is Associate Professor of Roman Art and Architecture at the University of Texas at Austin.

Walter B. Denny is Professor of Art History atthe University of Massachusetts, Amherst.

Frima Fox Hofrichter is Professor and Chair of the History of Art and Design Department at Pratt Institute. She is the author of Judith Leyster, A Woman Painter in Holland's Golden Age, Haarlem, The Seventeenth Century, and Leonaert Bramer,1596-1674, A Painter of the Night.

Joseph Jacobs is an independent art historian, writer, and critic living in New York City. He was the curator of modern art at the John and Mable Ringling Museum of Art in Sarasota, Florida, director of the Oklahoma City Art Museum, and curator of American art at The Newark Museum, Newark, New Jersey. His publications include Since the Harlem Renaissance: 50 Years of African-American Art, This Is Not a Photograph: Twenty-Five Years of Large-Scale Photography, and A World of Their Own: Twentieth-Century American Folk Art.

Andrew Stewart is Professor of Ancient Mediterranean Art and Archaeology at the University of California at Berkeley. He is the author of Greek Sculpture: An Exploration, Faces of Power: Alexander's Image and Hellenistic Politics, Art, Desire, and the Body in Ancient Greece, and Attalos, Athens, and the Akropolis: The Pergamene "Little Barbarians" and their Roman and Renaissance Legacy. He excavates the Phoenician, Israelite, Greek, Roman, and Crusader site of Dor in Israel. 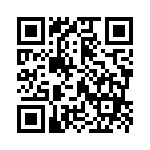