Page 752
... and its unfailing attendant , youthful vagrancy , were creating The result was the formation of what are called “ Rag . ged Schools , ' of which this is one , though called by a different naine , “ The United Industrial School .
Page 1161
Because we wrote , as all writers in Reviews , without our name appended to our contribution , we were called anonymous scribblers ; because we exposed the absurd figures relating to Hospital accommodation in Dublin , we were called ...
Page 1179
... May 18th , called in Doctor Corrigan , who was thus examined by the Chairman , Lord Naas - “ 3288 , Chairman . ) Have you seen the Census of Dublin for 1851 ? -I have . 3289. Is that return correct as regards the Dublin hospitals ? 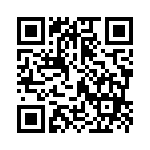