Page 158
Gdańsk , województwo ( province ) , north central Poland . It lies along the Baltic
Sea and is surrounded by the provinces of Elbląg on the east , Bydgoszcz on the
south , and Słupsk on the west . Its area is 2 , 855 square miles ( 7 , 394 square ...
Page 536
Guatemala , officially REPUBLIC OF GUATEMALA , Spanish REPÚBLICA DE
GUATEMALA , third largest country of Central America , covering 42 , 042 square
miles ( 108 , 889 square km ) in the northwestern corner of the isthmus .
Page 912
It was part of the state of México until 1869 , when it was established as a
separate state in honour of the revolutionary patriot Miguel On the central plateau
, northern and eastern Hidalgo constitute one of the most mountainous areas in ... 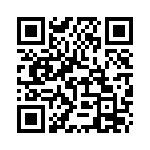