Page 120
In some cases a coup may be preemptive, to prevent an expected loss of power.
... The collapse of government, coup d'etat, invasion, civil war - these are some of
the characteristic outcomes, probable rather than inevitable, of the dynamic ...
Page 213
Even with revolution and coup d'etat, not all instances fit neatly into the typical
aetiology outlined above. Not all coups have their origin in democratic systems:
military regimes themselves, lacking legitimacy, are particularly vulnerable to ...
Page 252
First, R. (1970) The Barrel of a Gun: Political Power in Africa and the Coup d'Etat (
London: Allen Lane). Flynn, P. (1974) 'Class, clientelism and coercion', Journal of
Commonwealth and Comparative Politics, 12, pp. 129-56. Fox, A. (1985) ... 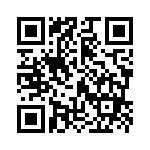