Page 41
home and was known as the Shaarei Zion Synagogue . At age six , when I first
went to Shule , I could not read the prayer book , but I found it most amusing to
attend services . In the social hall downstairs , I found many places to play hide
and ...
Page 42
Rounding out the year are two minor holidays , one of which is known as Purim .
This one celebrates the defeat of the world ' s first Hitler , known as Haman , who
lived in Persia during the reign of Xerxes I in the year 400 B . C . E . The other is ...
Page 97
that I had known Suzi and of my incessant day - dreams about her . I knew ,
simply by perception , by the day , the very air , the touch of autumn , the dusk of
evening that now at last if I kissed her it would be unopposed , and totally
welcomed . 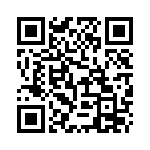