I really enjoyed this look at the background and machinations behind the Louisiana Purchase. My knowledge had been limited to Thomas Jefferson's part in it, so I was intrigued by Madison and Monroe's ... Read full review

There's a lot wrong with this book as a work of history. Cerami speculates a lot, especially in the first half, about the thoughts and feelings of his subjects--speculation based upon his impressions ... Read full review

Charles A. Cerami is the author of eleven books, including Benjamin Banneker: Surveyor, Astronomer, Publisher, Patriot and A Marshall Plan for the 1990s. Cerami's articles have been published in The Atlantic Monthly, Playboy, New York Times, Foreign Policy, The Spectator (of London) and Swiss Review of World Affairs. 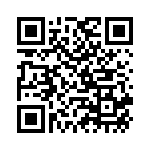