Page 201
"My dear boy, I can ask the County to a Greek play, or to a costume play, but to a
Greek-costume play, never. It doesn't do to let the dramatic instinct carry one too
far; one must consider one's environment. When one lives among greyhounds ...
Page 444
"Are we to play with these civilian figures?" asked Eric. "Of course," said Harvey, "
these are toys; they are meant to be played with." "But how?" It was rather a poser
. "You might make two of them contest a seat in Parliament," said Harvey, "and ...
Page 638
But by ourselves we had not the scope for naughty deeds — it was, "Don't play on
the grass," from one aunt, and "Children, you're not to play on the gravel," from
the other. The front garden, with its grass slopes under the elm-trees 638 SHORT
...

37 other sections not shown 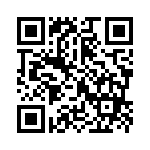