Berenice A. Carroll is Director of the Women's Studies Program and Professor of Political Science at Purdue University and Professor Emerita at the University of Illinois at Urbana-Champaign. Her books and articles include Design for Total War: Arms and Economics in the Third Reich; Liberating Women's History: Theoretical and Critical Essays; "The Politics of `Originality': Women and the Class System of the Intellect"; and "Christine de Pizan and the Origins of Peace Theory."

Hilda L Smith is Professor of History at the University of Cincinnati. She is author of Reason's Disciples: Seventeenth Century English Feminists, co-compiler with Susan Cardinale of Women and the Literature of the Seventeenth Century: An Annotated Bibliography Based on Wing's Short Title Catalogue and editor of Women Writers and the Early Modern British Political Tradition. 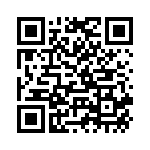