Page 69
Arnett , a rural mail carrier , with his wife and two small children , lived in the village of Wick , a small hamlet of about twenty - five or thirty houses . Bill Smith , the killer , owned and lived alone on a small farm near the ...
Page 73
In 1920 , near the village of Lerona , Mercer County , lived a widow . Her household consisted of herself , a twenty - year - old daughter , and the widow's young brother , probably two or three years older than his niece .
Page 181
Theodore Roosevelt lived , hoped , and worked ... When the storm finally burst upon our country , Roosevelt lived up to his preaching . He offered his services to his country , and when his request was denied , he did not , THEODORE ... 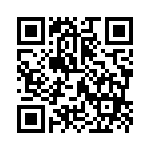