Page 5
Like the scales of reptiles , and the ability to fly in air , the wings become highly
modified those on the feet of birds , feathers are made of keratin , a as paddles ,
as in the penguins . fibrous protein also found in hair . Feathers vary
considerWing ...
Page 60
Gulls , terns , and skimmers have lings or two - year - olds that were hatched at
the colony but long , narrow wings , low wing loadings ( the ratio of weight are
unpaired . to wing area ) , slow wing beat rates and flight speeds , and During the
pre ...
Page 105
Wings and legs rather short ; 10th primary well deand animal foods . Garrulous ,
varied notes , calls , whistles , some veloped ; tail long . Soft silky plumage of
solid grays , black , excellent mimics . brown , white spots in wings and tail , some
... 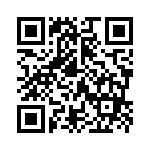